Whether it’s the occasion of wedding or a family day out to seaports, you need a big transportation medium that can fit your entire family altogether. We, Minibus Hire Kent was among the favorites of many and now waiting to serve you as well with our luxurious range of minibuses. We are VOSA registered and own the licensed minibuses that are driven by professional drivers.

Why our Minibus hire Margate services?

Our minibus hire Margate services, comes with a wide variety of options that can vary in their accommodation capacities. So sit back and relax as here you can choose your preferred minibus to complete your trip comfortably.

We believe that our minibus service is best and cheapest around. All our drivers are well-spoken and our service is unrivalled. You can click here to know our prices.

Margate was recorded as “Meregate” in 1264 and as “Margate” in 1299, but the spelling continued to vary into modern times. The name is thought to refer to a pool gate or gap in a cliff where pools of water are found, often allowing swimmers to jump in. The cliffs of the Isle of Thanet are composed of chalk, a fossil-bearing rock. 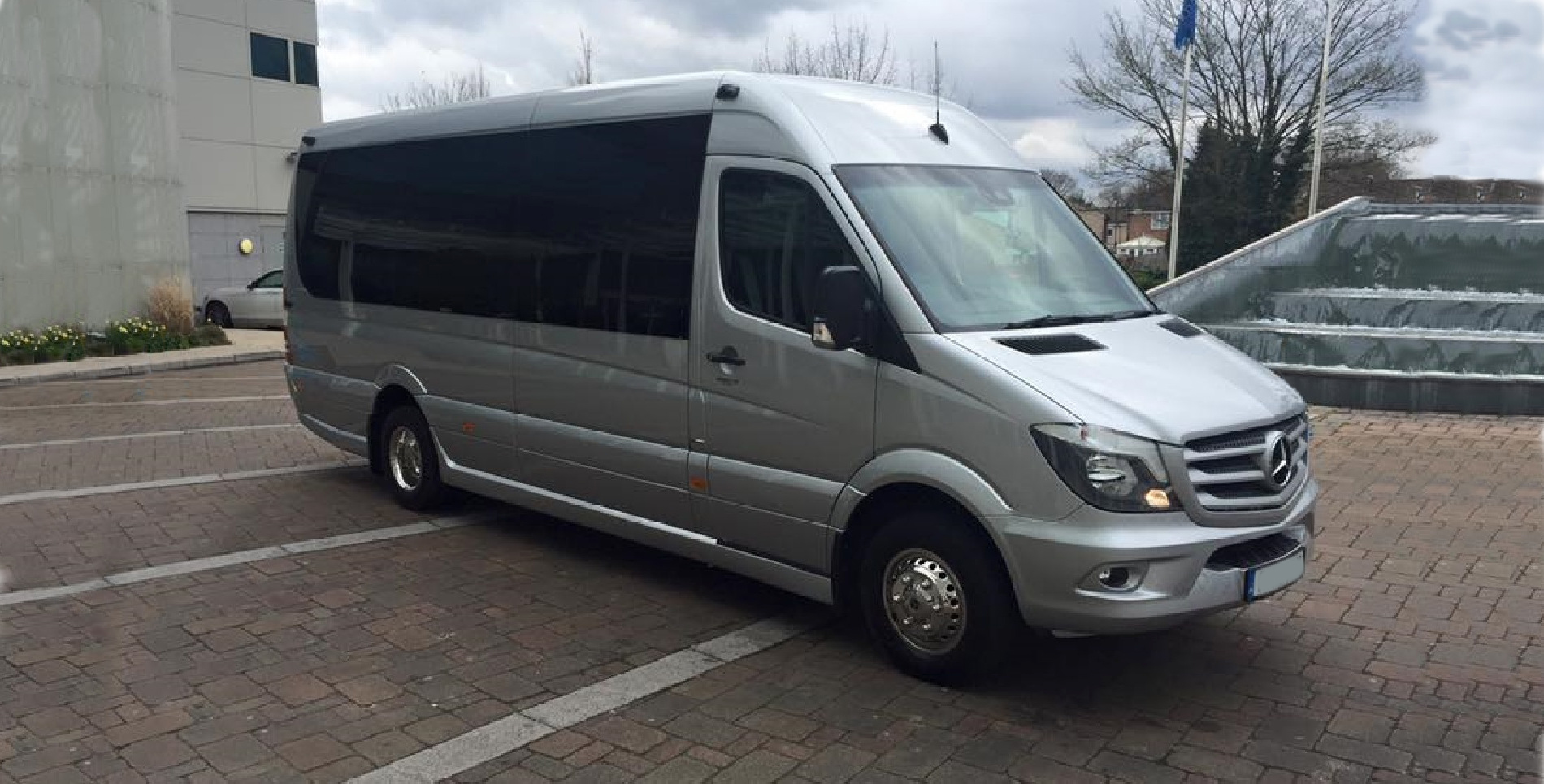 Margate gives its name to the relatively unknown yet influential Battle of Margate, starting on the 24 March 1387, it was the last major naval battle of the Caroline War phase of the Hundred Years’ War. Despite the battle being named after Margate, very little actually happened near the coastal town – the battle is named after Margate as this was where an English fleet of 51 vessels that was anchored at Margate Roadstead first spotted a Franco-Castilian-Flemish wine fleet of around 250-360 vessels. The English gave chase after the undermanned wine fleet and finally defeated the fleet a day later on the 25 March 1387 off the coast of Cadzand, Zeeland, Netherlands.

The town’s history is tied closely to the sea and it has a proud maritime tradition. Margate was a “limb” of Dover in the ancient confederation of the Cinque ports. It was added to the confederation in the 15th century. Margate has been a leading seaside resort for at least 250 years. Like its neighbour Ramsgate, it has been a traditional holiday destination for Londoners drawn to its sandy beaches. Margate had a Victorian pier which was largely destroyed by a storm in 1978.